Loulou is travelling to England to stay in a haunted house and defeat another Machiavellian plotter (male of course). But how will our heroine fare? And will the resident ghosts make her feel at home or send shivers down her spine? Perhaps our voice from the past may make sense of all this? 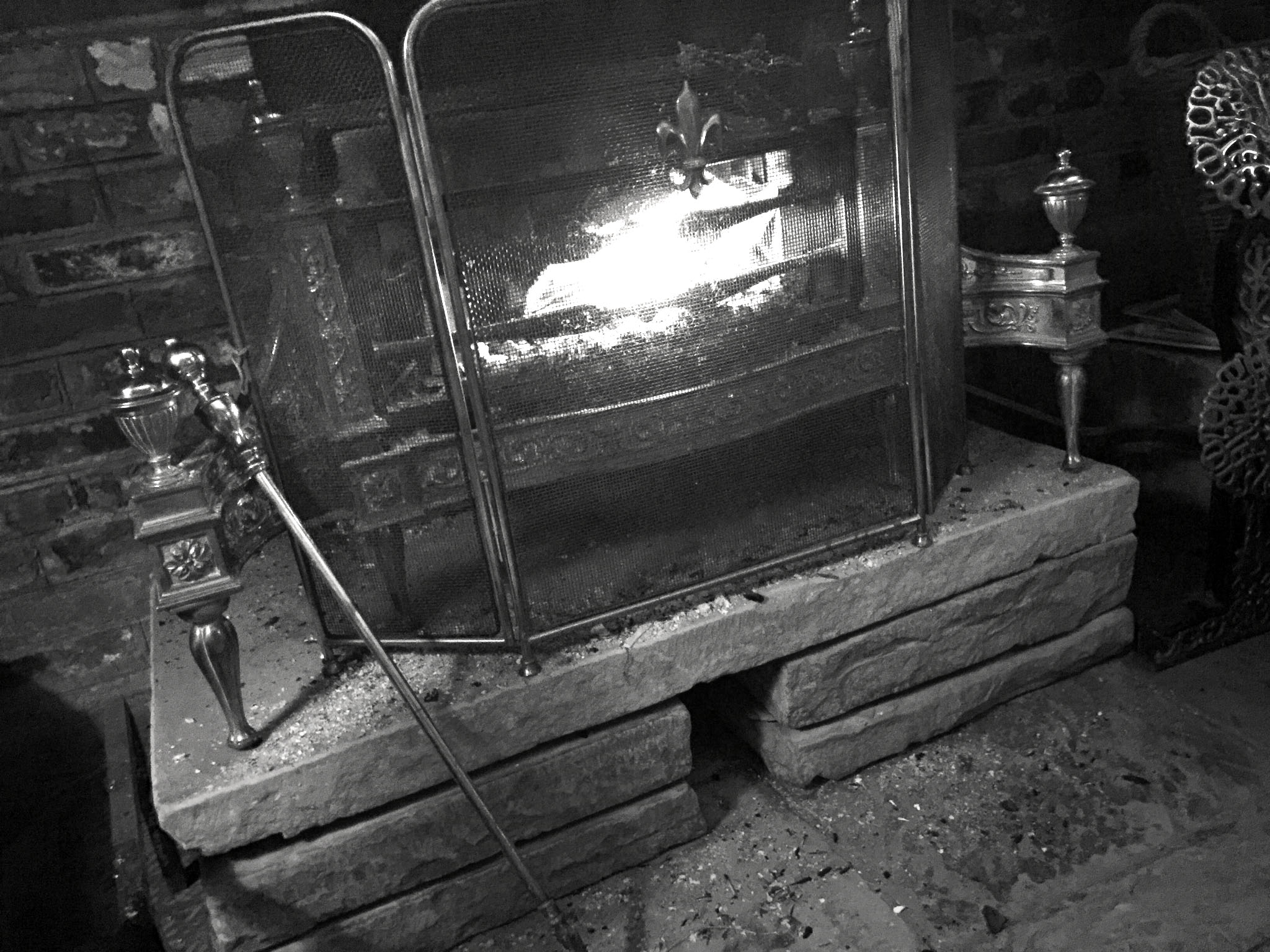 Greetings to all you warm blooded children out there, somewhere. I watched a recent inhabitant of the house blogging and decided to try it for myself as I am worried about something. Took some doing I can tell you. Oh, do you remember me? My name is Oliver and I hang around the Old Hall in a place called Anlaby, in England. Good to meet you again. I can’t tell you my age because it’s a bit irrelevant after so many seasons have come and gone. A year is a smudge in time. You see, I have been here since 1666 when I died falling down a chimney. My death was over quickly, didn’t really hurt much, but it took a bit of time for me to understand that no one could see or hear me and that I could literally glide through anything. In this life I can only watch but sometimes I play too.

Once, in a small dark space in the Hall called a Priest’s hole, I messed with a monk who was trembling in the near dark, crouched over a single candle flame. I blew out the candle (takes a lot of spinning around I can tell you) and the priest started whimpering. He shook all over and lit it again and I blew it out. This happened four times. The final time I could see his smile in the darkness as he focused on where I was hovering. He left the flame to smolder. Moments later we heard the stomp of heavy boots on the floorboards overhead. The priest was still smiling when light flooded the tiny room and thick arms wrestled him out. I never saw him again but one of the other upstairs people said he was back at his church, somewhere called Wilson Street and he seemed quite happy changing the decorations around in the local graveyard. They said he was proving something to the living but you lot just don’t listen. You’re all too preoccupied with your senses; eating, watching flickering screens or jigging about to music. Pointless trying to communicate with you through magic.

My friend Emily, who died of cholera here at the age 5 in 1860,tried to connect with one of the recent living inhabitants whose name I think is Sophia (the sound between the upstairs and downstairs levels can be muggy and distorted). She sat on her bed and tried to cuddle up with the sleepy girl. Emily said Sophia’s body went stiff as a board and she pulled her covers over her head. Not much fun you warm blooded ones downstairs. Emily tried to tug them off her but Sophia started to yell so she gave up.

An old man called William lives in the Hall at present. He came here as a lad of 5 and I think

he is now 90. The upstairs people like him because he cares for the house. Sure, it needs a new roof and the ceilings are cracking but he tries his best. The Captain, who rules the upstairs with his roar and his sword, even likes him. The Captain doesn’t like women. He made William’s Mum swallow her tooth by knocking a vase over, making the tooth puller jump. The tooth ended up killing her by embedding in a lung. She’s here sometimes but she pops to a place called Germany to watch relatives. He also tripped up little Sophia who fell onto a spikey fire grate and a prong stuck into her head (Sophia, I must explain, is William’s daughter). She was fine, a few stitches that’s all. She left many moons ago but visits her Dad, occasionally and stands in her old bedroom when she comes and talks to us, telling us to be good and that she isn’t frightened of us anymore. I like her.

The Hall was supposed to have been built way back in a time called the 11th century. I have been under the house (a dirty place I can tell you) and it has old stone bricks holding up the walls. When I was five, half the house was burnt down by soldiers while Mum and I watched, hiding behind one of the big oak trees in the garden. Such heat that I will never feel again. Our faces were bright red for days after. The Captain died during that fire and has unfortunately been here ever since. He pops down to somewhere called London now and again but always comes back. He says it’s to do with honor and battle but I think its rubbish. We put up with him because he was in the first ten to stay upstairs here and I bet no one else wants him around…meaning he has nowhere else to stay. Many upstairs people wander. I have nowhere else to go so I just hang around at the Hall, playing with the mice in the walls.

I died on this day in 1666 so, as a remembrance, I will push all the dirt and ash stuck in the chimney down to the room where the old man sits. Just to remind him that I’m here. I feel a little nervous today though, as I mentioned earlier. Something new appeared upstairs yesterday…not fully yet but just its essence, a glimpse of it. It seems to speak a different language and moves incredibly fast. I don’t know why it’s here or what it is. Old William is ill so I wonder has the stranger come for him or for someone else. I will watch and wait in the corners till next I write.