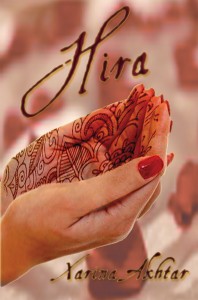 Buy the ebook
Buy hard copy
Hira is left alone. After the untimely death of her mother she is coerced to marry into a family that she only knew about through conversations with her mother. She leaves the life she had in London landing in Ambala, India in the dead of night and is whisked away to the home of her husband and her in-laws. It is here that she meets with Dadi, her husband’s grandmother, a woman who rules the household with a fist of iron and will not allow anyone to breathe without her permission. Welcomed lovingly by her two sisters-in-law, an adoring grandfather and two wonderful brothers Hira finally finds a family that she had yearned for and soon begins to adapt her lifestyle to fit in.

Hira woke up with a start and sat up in bed. The dream had been back to torment her and again she woke up at the exact same moment as all the times before. She watched her mother being escorted away over the rickety wooden bridge, by two women, to the green and lush fields beyond. As they crossed the bridge she knew that she would never see her mother again and her heart broke for the second time. For the bridge in her dream represented the final barrier to heaven. The two women? Angels? Perhaps? Helping her mother make that final journey; taking away all her fears and indecisions of entering the paradise she had often spoke of, to Hira as a child. Whether Hira still held onto the belief that there still was a heaven or that she would one day be reunited with her mother was up for debate. But at this moment in time she felt lost and abandoned. Her mother had left her.
She brushed away a tear and looked at the sleeping form of her husband, Aaryan. Needing reassurance and comfort she reached out to touch him, hoping for a hug in return. He grunted in his sleep and shrugged.
‘Leave it, Alisha,’ he murmured. She withdrew her hand. He had been quite distant with her since her arrival and she got the impression that she was more of an irritation to him. Every time he looked at her he seemed to have a permanent scowl on his face. As he uttered another woman’s name she felt her heart sink. Then anger. Alisha had to be someone quite close to him.
‘What had she let herself in for?’ she thought to herself, travelling halfway across the world to the state of Ambala, not knowing a soul or a friendly face. She was at the mercy of a family that she had only known about through fleeting conversations with her mother. Lying back, she stared at the ceiling and thought about the family dynamics. There was Dada, the grandfather, Dadi, the grandmother, brothers-in-law, Aiden and Alman, their wives Sabina and Amara, and then there was Akilah, a more spoilt, rude and objectionable person there could not be. One who had decided on first sight that she did not like her newest sister-in-law, not that she liked her first two sisters-in-law. Finally, there was her husband Aaryan who treated her as if she was an irritation. She turned away and closed her eyes. Hoping for sleep but knowing that it would elude her for a few more hours to come. Tossing and turning, she rolled over onto her back and felt him move. In a flash, he loomed over her, pinning her to the bed and making her head bang against the headboard. In the darkness, she sensed that he was angry but self-preservation had taught her to fight back. She squirmed under him and tried to free herself. This earned her another shake and another bang on her head. She stopped struggling.

A new novel from one of North West London’s upcoming and interesting authors. Hira tells the story of a young girl, forgoing life in the UK to settle in India and immerse herself in a totally new way of life.

I could not put this book down. Once I started I just wanted to continue reading. Look forward to seeing more from this author. 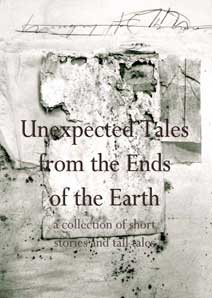 Buy the ebook
Anya is standing at the threshold of her married life. Nervous, excited but willing to accept her fate as a daughter in law of the Sharma’s household. Her estranged mother has sent her with the words to uphold the family honour and not create situations. She doesn’t know what type of a family she is marrying into and she has to conform to their rules, traditions and way of life. Forgetting the family she had before and the life she had led Anya embraces life in the new household.Taran and Anya’s alliance has been set by their families. Using the mantra of age old traditions, of parity, status, rituals this is a relationship where love before marriage does not feature. Conforming to the families’ wishes they embark on a journey of beginning to get to know each other not only as two individuals but as husband and wife. After the initial period of settling in Anya manages to raise the ire of her mother-in-law by making a stand on something she believes in. While life changes for Anya, Taran’s life is untouched. He adores his mother even when he knows when she is being unreasonable. But he wants to show that he can be a loving husband and a worthy life partner. He is aware, but chooses not to get involved in kitchen politics, knowing that his mother is a proud woman, society driven and runs the household from his father to the workers with a no nonsense approach.

Taran lay in bed, processing the news he received today. He smiled to himself. He doubted if his life could get any better. He fluffed Anya’s pillow and smoothed the sheet. Anya lay beside him and he reached out to her, pulling her to him.
“I have missed you.” He placed his hand on her stomach. “I can’t believe that we are going to be parents. How far exactly are you?” Anya rolled over to face him.
“Eleven weeks.” She answered and hugged him. “I missed you too. But last night you were so late and you didn’t even stop long enough this morning, I felt lost.” He stroked her cheek.
“I had a few things to wrap up, but for the next week I am at your disposal. I want to spend as much time with you as I can.”

Anya finished dressing and waited for Taran. He was taking his own sweet time this morning and she was beginning to get impatient. The phone pinged with a text; she picked it up and read the message.
‘Hi hun. Thank you for a lovely birthday and evening. Can’t wait to see you again. XX.’ Anya frowned. Who was sending that text message to her? She looked at the table and realised that she picked up Taran’s phone by mistake. Because both phones were alike and side by side on the dresser, she did not realise her mistake straightaway. Curiously, she scrolled through the text messages and realised with a sinking heart that they were all from the same number. His texts were just as loving. Taran was seeing someone else. She glanced in the direction of the ensuite. Without hesitating, she called the number and waited for it to connect and listened silently as the other person answered. Feeling numb she cut the call and placed the phone back on the dresser. The phone immediately rang; she rejected the call and switched off the phone. She rushed out knowing that if she stayed she would not be able to control her emotions. She needed to be among people.

Radhika carried out the aarti as Sushma was not well enough. She presented the aarti to the family so that they may take their blessings. She viewed both daughters-in-law with disdain. Her sons had effectively stepped back from her and she blamed the girls. Most of all, she blamed Anya. Anya had been the most vocal in her condemnation of what had transpired in India.
Anya was quiet at the breakfast table. Taran had noticed it but assumed that it was because of his mother’s constant taunts. He did his best to reassure her and she said that she was alright, but wasn’t convinced. He was concerned enough to ask Juhi to keep an eye on her.

Juhi searched for her, finding her in the bedroom deep in thought.
“Anya? What is this?” She stepped into the room. “Now is not the time to be glum.” She placed a reassuring hand.