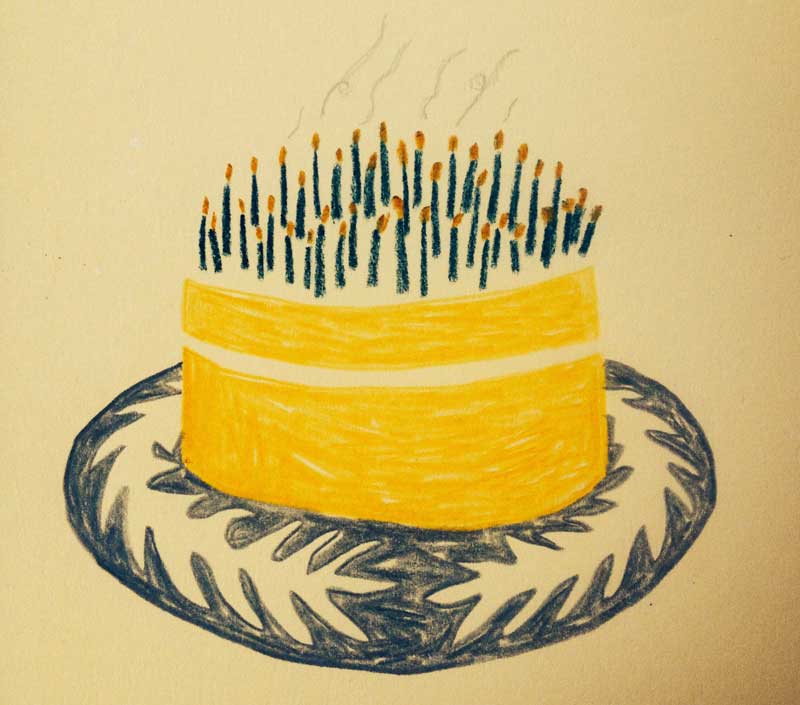 It’s me again; Oliver. How are you all down there? I have just returned from a brief trip to a strange blackened island where I think I may have solved a bit of a mystery. You remember the dark whizzing shape that has been bothering us upstairs with its appearances? Maria told us it was a dog but no one could get near it and Emily and I wanted to know why it was at the Hall. We have regular visitors upstairs for; funerals, birthdays, births and weddings and a casual passing acquaintance is also normal but this dark dog shape has no connection with anyone here, living or dead.

Last week, when the magician was here and with the help of the Captain, we followed the beast and ended up somewhere near Africa, I believe. I hate travelling, always makes my head feel a mess when we arrive, like as if I caught a nasty cold during the journey. It can take time for me to get my bearings back, especially when we end up in the strangest land I have ever seen; no trees or flowers, just black hard rock and spikey fat plants. Very odd. Anyhow, the Magician tracked the dog to a house on the side of a mountain containing a small but loud family. After checking the rooms and finding no clues, the Captain and our friendly fire starter decided to go exploring, leaving me to solve the mystery. It didn’t take long…

The girl in the picture

In one of the bedrooms there were pictures of a girl (I believe her name is Loulou) growing up in the sunshine and then one of a rather large sleek black canine that looked like a greyhound. Standing next to the dog and Loulou, was a grinning Sophia. That must be it. Sophia comes over all the time to see her Dad so the dog may have followed her out of curiosity, or maybe it was her deceased pet, keeping a watchful eye. So, mystery solved! Well, almost…

As I had to wait for the lads to return I had a wander around the house, taking a look at its inhabitants. A young lad, named Isaac or Billy, (I’m not too sure which) was home scaring a plump woolly dog called Gladys. His father was screaming at him and an elderly gentleman was polishing what looked like a gun. I liked this family. The girl Loulou, is quite a young beauty or she will be. Interesting people…

On our return we found upstairs brimming with folk, all come over to watch Old William’s celebrations. His parents and three deceased brothers, the odd wife and a couple of older ancestors shot about, checking the state of the Hall, tutting and moaning about its cracks and gaps. They can be a miserable lot, with no consideration for the problems of the warm bloods.

Downstairs family and friends gathered to celebrate time on Earth, including someone I believe that didn’t receive an invite. Mr Sharp Suit and silver tongue (the property buyer) whom I now understand is called Jack; Jack Baker. A relative of the hag I wonder? He could be; he’s slimy enough and I know he’s up to no good here. Did you know that Frederick Baker; the insane beast that killed small innocent Fanny Adams in 1867 was a distant relative of the She-devil? Her bloodline is rotten to the core. Emily and I watch this Jack when he is at the Hall. We hate to see him touching things, picking up antiquities and whispering to Brigitte. Yes, it’s true, we saw them once whispering together at the gate. When we got near, Brigitte stormed off up the drive and left Jack standing there like a slobbering idiot. The man is a such a fool.

Back to better things…Cakes, candles, champagne and food; huge amounts of food coming and going from the kitchen. Even Sophia is here looking happy and excited for her father .She had words with us last night, warning us all to be on our best behaviour for her Dad’s celebrations. We can’t help but smile as there isn’t anything she could do to us but we respect her wishes, so heartfelt. Charles has to play host and be eminently sociable. Not an easy thing for him. All the guests admire his new pet predator and young Baby plays up to them; rubbing herself against the mesh of her prison and purring like the cat she is.
The Hall is happy filled with earth walkers; it hums nicely along, ceasing its creaking and groaning, preferring to let the living congregate in its belly.