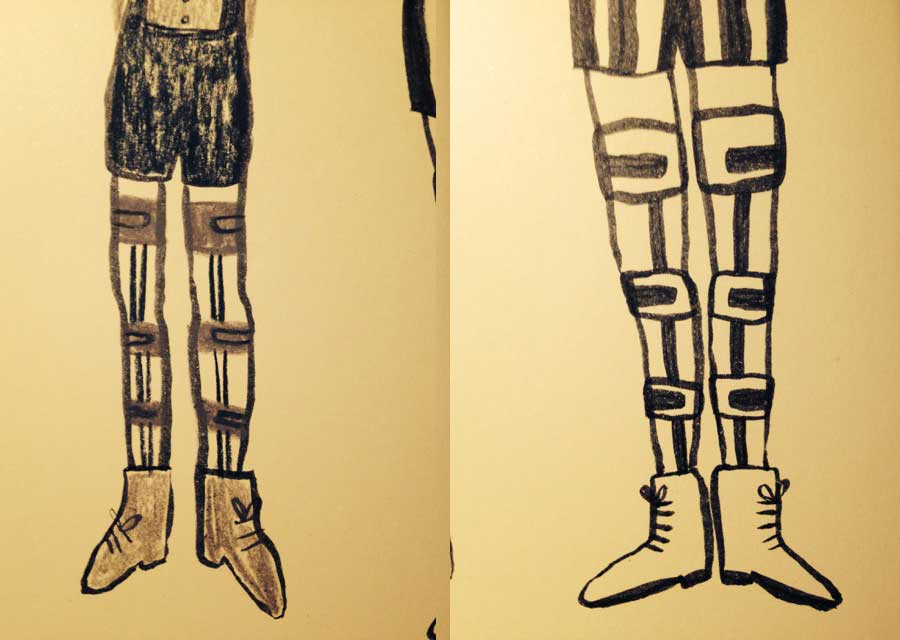 Hello downstairs.
My name is Emily and Oliver has kindly let me do the writing this time. He’s gone off with the Magician and the Captain, not too sure where and I don’t really care. Those males swear a lot and give no credit to women and their lives, so I am happy to be relatively alone for a while. I say alone but upstairs it’s hard to be private with everyone wandering through walls and appearing without announcing themselves in some way. I go and stay in the middle of a nearby field if I want some peace. No battles were fought there and all that passes is the occasional dog walker and rabbits, lots of rabbits. Maria walks there with her pack of small furry dogs, all deceased but surprisingly loud. I‘m amazed that their yapping can’t be heard by the living. It is quite amusing though to watch them fruitlessly chase after living rabbits.

Poor Maria, the Hall got to her, badly. She married William as a debutant beauty, big clean smile and pearls around her neck. Life looked so sweet. A few years down the road I watched her crying with the newly born Sophia on her bed, hating the Hall’s cockroach population scuttling joyfully beneath her. Hours of vacuuming, dusting and domestic dedication wrinkled her beautiful youth. Sometimes I would stay in her wardrobe for days amongst the designer dresses rarely worn, imagining what my brief life would have been like if I had been born with money around me (It doesn’t buy you happiness though, that I know). I loved to watch her at night when she sat in front of a mirror and took out her creams and lotions. With vigour and care she would cover her high cheek bones in white whipped cream, massaging and wiping until her skin shone. She was a proud and handsome woman .She also carried a sadness about the life she imagined and the life she actually had, chained to the needs of the Hall and its inhabitants.

Sophia, her daughter, would watch her too but she was different from her Mum. Almost grew to be her opposite really. Maria would wear elegant, stylish clothes, high heels and hair spray and Sophia would wander about in old jeans, her Dad’s shirts and work boots (that gave her big blisters to match).I always wondered if she did it on purpose to annoy her Mum but it may have just been fashion…Fashion. I have seen skirts rise and fall, lace come in lace go out, tartan in tartan out, endless variations on the same theme. My favourite style was the time of the circular swing out skirt; its underbelly frothing with countless coloured petticoats. Watching them dance at the occasional party in the Hall made me breathless. I would stand in the middle of the dancing couples and try to feel the air and fabric whooshing past me, gently whipping my body. The smell of a hundred different perfumes just beyond my nose.

Ah, I am losing my train of thought. That’s right, young Sophia, smoking on the roof and arriving home just before the sun. In winter, when her breath would freeze in the air, she would make a hot water bottle, snuggle it in her bed and join it, minutes later, crying; oh that’s lovely and shivering with physical joy. The pleasure of having a warm working body to making you tremble like a leaf in a rain shower. She did this nearly every night in the cold season and every night I would shiver with her. I did make her room cold with my presence though, so it was partly my fault she was frozen.

Sophia is still the same today; big manly boots and a haystack for hair. Different clothes though. Her early childhood was a lonely one, spent mostly with her head buried in a book. I tried to befriend her in my own way but she was just frightened of my advances, my cuddles and my playfulness. She does sense us upstairs and when she comes to visit her father, old William, she talks to us, which delights our hidden realm. She tells us that she doesn’t want any nonsense. When her mother was dying she begged us to look after her when she couldn’t and now all she asks for is for us to keep an eye on her dad. The good daughter.

She’s here at the moment for Williams’s birthday tomorrow. He’s having a bit of a do. I wonder if Brigitte will come. She reminds me of Maria in many ways; her perfect nails and beautiful skin. The Hall doesn’t like her. I sit sketching her sometimes and I feel the bricks and mortar shifting around me as if prickling for a fight. The Captain starts pacing the corridor and Oliver, well, he just watches. She shouldn’t be here. It may prove dangerous for her. The threadbare red carpet that covers the creaky staircase may fool her one day and we will watch her tumble or trip, as young Sophia did, ending up on the spikes of the fire grate. I always plead for them but the Hall decides. Sophia flew away and saved herself but this Brigitte looks like she is comfortable at the hall.

Since Maria’s death, the Hall has become an art work of a collected jumble; each room has piles of clothes, newspapers and shoes. Tissues litter floors and waterfall from heaving bins, curtains haven’t been open, sometimes for months and spiders and mice play Risk. Brigitte is in the process of destroying this natural development, this artistic creation, by bringing in cleaners and taking black sacks full of stuff to the bins outside. Men, upstairs and downstairs, are up in arms. And there is a suited stranger, who has a gleam in his eye when he walks around the house. I saw him try to pinch Brigitte’s bottom the last time he was here and she laughed and knocked him away with a gentle slap. I hope he’s not invited to the party.

One thing you can be sure of though, is that I will be there to celebrate with old William, alongside the Captain, Oliver and Maria (who always comes for William’s birthday). I will wander around the room pretending I can feel the silk of the dresses and that my nose is filled with heady perfume. I will dance until the music stops and the guests go home. I will suck into my being the joy of the day and savour it as the time passes.

And I will wait and watch and draw, like a good child, until the moment I move on and leave this limbo for something else; heaven or hell, reincarnation or perhaps the next level up (as some folk say). I don’t know but I want to go, I’m ready.

Take care down there; it’s been good talking to you. And if you see Old William, wish him a Happy Birthday.