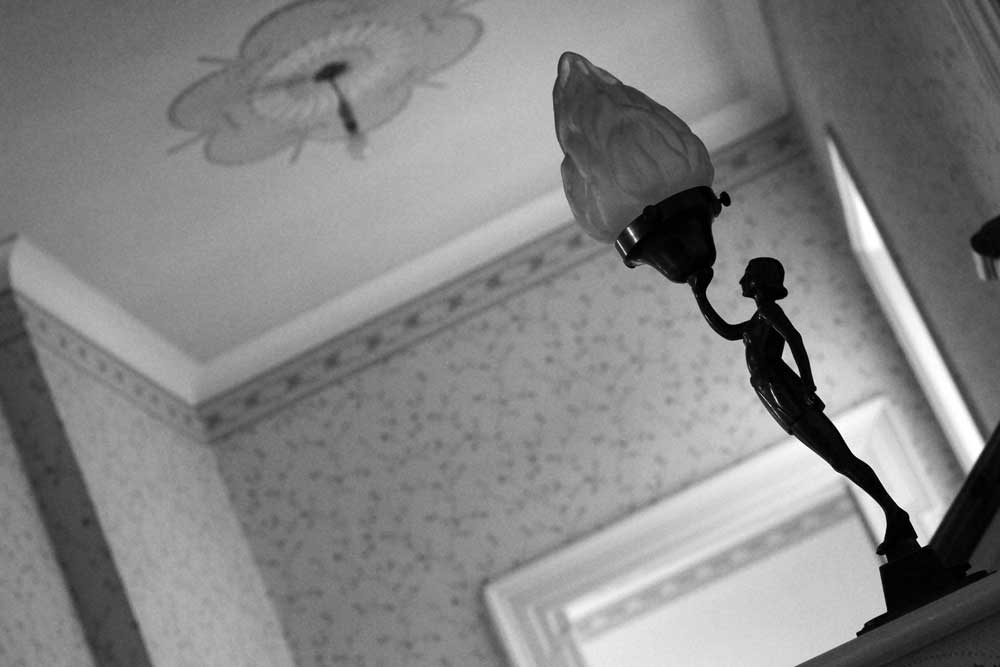 Good morrow fine earthwalkers, fare thee well? The sunshine hours of human warmth and happiness are over here and the Hall has returned to its brooding and grumpy self. The lads are back in their workshops and Sophia has disappeared to her black island, followed by demon dog. The Hall is always quiet when she leaves and though Charles has a tendency to hide in his workshop from her fussing and enthusiasms, he does enjoy the spirit of her company in the end. At least I think so…
In the quiet, Emily and I return to our favourite spaces; places that make us feel almost alive. I send you some pictures so I don’t have to write in detail as that I mostly find boring, sorry. Definitely not a Dickens!

The first shot is of our Emily on the tree stump in the garden. I’m quite proud of it actually, as I think you can almost see her. She likes it there, as all the old family pets were buried in the dark earth around there and they gather and waffle and snuffle around her as she coos to them. It doesn’t appeal to me; I don’t much like animals but Emily almost swoons when we visit Baby, the tiger. She lies alongside it and whispers; “You’re so beautiful,” into the cats ear and it purrs louder.

The tiny window looks out onto the garden from the smallest bedroom in the Hall. Its ledge is thick enough for a child to sit on comfortably and a single bed is huddled next to the mini view. There’s not much room for anything else. This is where Sophia sleeps (or tries to) when she stays. We like it because it was part of the spiral staircase in the old days, leading to the upper floor. They converted it into a sleeping space when Old William was young. We can sit on the bed and watch visitors and the like, wandering up and down, chatting and arguing, shouting and laughing. It’s like watching one of your films except there is no end and no heroes, just passing characters from different times, in the middle of their death sentence. Sophia always complains to her father that the room is too busy; she feels like there are people coming and going all through the night, like trying to sleep in a bus station. Most unfortunately, she gets very little sympathy over this and one time, exhausted, she dragged her mattress into a big cupboard in order to get good night’s sleep.

The strange circular light hangs above her bed. It has moved from bedroom to bedroom, following Sophia. In her youth she started by throwing her socks over it, followed by her bras in her teenage years.I don’t think she even likes it…We do as we lie on the bed, enjoying the view.

The Angel of the stairs

She lights the top of the stairs every night and Emily loves to go and sit with her, staring at the golden flame she holds. I hear her talking to the bronze figurine, telling her stories and tales from upstairs. She still misses her mother, Rose.

This is my favourite place because nothing here has order, unless you are Old William. Its sits next door to the inventor’s modern workshop, with his computers and tools. He just keeps all that is broken but useful in here. Old William fixes everything. A kettle breaks and he mends it from parts recovered from another old kettle. The world around him is designed to be throw away and buried but in the Hall nothing is wasted.

Every time I am in this room something new appears, emerging sometimes after years of being buried. Occasionally a small part of it will appear and then things are moved and in the resettling, more is uncovered. Emily and I have bets on what the object is. Last week it was a tasselled chandelier that we thought at first was an old hat. Only Old William knows exactly where and at what level objects are stored in this room. Rarely does he have to search for more than a minute before tracking down what he needs. I can spend all day with him here, with his muttering and tweeking, his digging through the piles, his small explosions and big gassy leaks, his shouts of joy and defeat. I am surprised the Hall has survived Old William. Great thick cables snake all around the room, and hundreds of plugs buzz gently with activity. The ceiling started to crack at least twenty years ago and still it smiles broadly down on the old inventor at work. Sometimes, much to Emily’s despair, he makes the Angel light flicker and she comes steaming into the workshop stamping her soundless feet in front of him. Of course it does no good. The old man refuses to acknowledge us but not through fear. His mind is far too rational to let him believe in ghosts.

Things can get lost and forgotten here occasionally. I send you a picture of a prime example. I don’t think you need any explanation… 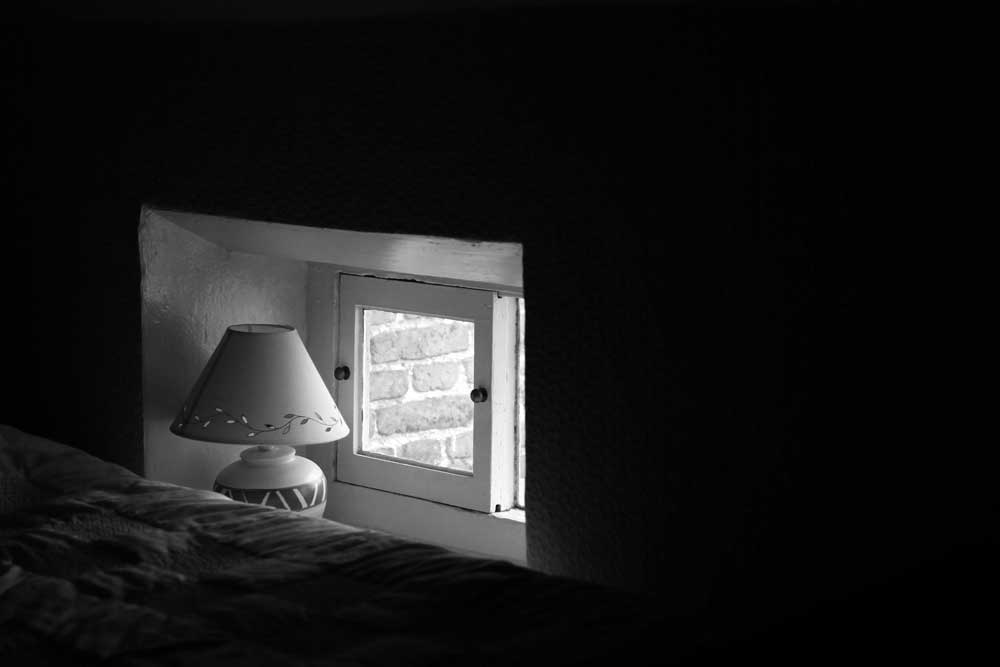