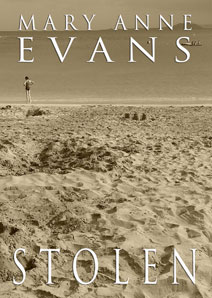 Buy the ebook
What do you do when you discover your child has been mis-diagnosed for years and now has a life threatening condition? Every mother’s worst nightmare is sympathetically treated in this heart-wrenching journey through Benjy’s diagnosis and treatment. We journey with his family on this emotional rollercoaster. Can he be saved or will his life be stolen from him and his family in a tragic twist of fate?

The following day was Wednesday and Miriam was in town. No school for another six weeks and the children already bored and moribund, getting up late and then interminably hanging about in their pyjamas, variously watching television or glued to their play-stations. They had been more than unwilling to face the morning air to go shopping so Miriam was out running errands in town on her own. The ring tone of her mobile phone alerted her as she negotiated a busy pavement. She didn’t recognise the caller’s number.

A voice she almost recognised.  ‘Hello, Mrs Lucca. This is Dr Priest.’

Obviously her change of name was now properly on record. ‘Hello Doctor Priest. Thank you for getting back to me.’

‘I’ve just had Benjamin’s MRI results back. Is this a good time to talk?’

Miriam ducked into a shop doorway. ‘Well I’m in town but it’s fine if you can hear me alright.’

‘No problem. Well as I said we’ve just got Benjamin’s scan results back. I wonder if you would like to come in to discuss them with me.’

‘What has the scan shown?’

‘Well it is probably better to come in and meet with me so we can talk about it properly.’

There was a pause, ‘Well the fact is that there are some indications in his scan that there might be something going on, and given his medical history, I think we should investigate it further. I really will need to talk with you about it before we go any further with more tests.’

‘I wouldn’t want to alarm you unnecessarily.’

‘Please tell me now.’ She tried to lower her voice.

‘Well, if you insist. There are a group of conditions known as the Leukodystrophies. I can’t say any more than that at this stage.’

‘I have a clinic on Friday morning. That’s the day after tomorrow. Could you come in towards the end of the clinic? Say at eleven thirty? I’ll see you as soon as I can after that.’

‘No, it would be better if you come alone or with your husband. Then we can talk freely.’

‘All right I can do that if you think that would be best. I’ll see you on Friday. Goodbye.’

People pushed past her in the shop doorway. Miriam continued walking along the pavement, shopping forgotten, digesting the news. Abruptly she stopped walking and stood rigidly mid-pavement as people jostled past her.

Then with a sudden sense of urgency, she raced back to her car, jumped in and sped home. Once in the drive she grabbed her bags from the back seat and fumbled for her keys. Rushing into the house she dumped her shopping at the bottom of the stairs and bounded up the two flights to the attic floor housing her study and her boys’ bedrooms. She threw her coat on the floor and turned on her computer her hands twisting nervously as she waited. Eventually she logged on and keyed ‘Leukodystrophy’ into Google. She searched, scanning up and down feverishly for a while, and then followed links; first to Leukodystrophy, then after a while to Adreno-leukodystrophy.

Ian appeared at the study door. ‘You’re back. Am I relieved of my babysitting duties now?’

‘Oh yes, sorry Ian, everywhere was so quiet, I thought you were all still wired up to your computers. Is everyone all right?  Has there been any trouble?  I don’t suppose anybody has managed to get dressed yet. Where’s Benjy?’

‘He’s in the garage with Fiona and Sophie and Matt. They’re playing table tennis, I think. Can I go round to Tom’s house now? Dominique wants to come too. Is that alright?’

‘Yes, yes of course. Be back for lunch though. Guy will be coming home and he needs to take the girls back over to their mother’s.’ Then almost to herself, ‘Right this is the one I think I need.’

Ian watched her for a moment. Then he left with a ‘Cheers then.’ Miriam said, ‘Bye,’ over her shoulder as she scrolled her mouse down the screen. She began to read with mounting horror.

The juvenile form of Adreno-leukodystrophy occurs between three and ten years of age. A diagnosis can be made in suspected cases by measuring the levels of the enzyme Arylsulfatase-A activity in the blood. If low levels of the enzyme are found, a urine test is performed to confirm the presence of sulfatides, a class of lipids. Blood tests should always be carried out in patients presenting with symptoms of Addison’s disease.

It is important that diagnosis is made as early as possible so that treatments involving very low fat diet and the use of Lovasatins (N-Acetylin) can prolong life.

Bone marrow transplant at early stages has been found to be effective if a suitable donor can be found.

Gene therapy trials currently underway show promising results when the patients are diagnosed at early stages of the disease.

At later stages after the appearance of neurological symptoms treatment is mainly palliative. Life expectancy in this case can be between one to three years.

The  ALD society www.ALDlife.org is a charity that supports affected families in Britain. The STOPALD Foundation of America sponsors research into this disease. New York State has now approved funding for Aidan’s Law that adds ALD to their newborn screening programme. Recent reports from the Foundation indicate that bone marrow treatments and gene therapy research are making headway in treating this terrible disease. Early screening to identify babies at risk is essential to their effective treatment. By the time neurological symptoms appear, treatment is too late. Clinicians in the UK think that ALD may be underdiagnosed. I would like to dedicate this book to all who are involved in research and to the Hospice Service who work with terminally ill children and their families