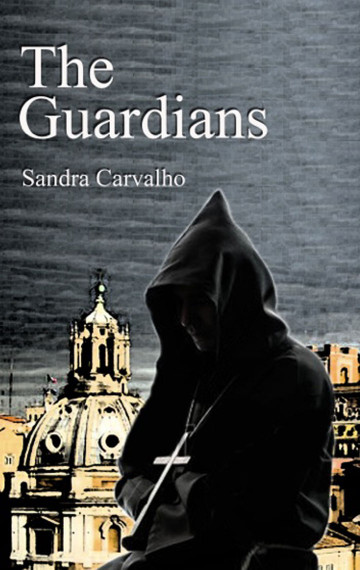 This chilling story relates the tale of a young priest Helder Pont, who, with his elder compatriots Father Sandro and Gideon McElroy, take on a satanic power that is threatening to turn his modern western Catholic world upside down. These events occur in an era where no corner, not even the unassailable office of the Holy Father himself, is safe from this new spawning evil. Using all his psychological nous and knowledge of his enemy’s weakness, Helder works to fashion a powerful and irresistible force, a force that may just see off even the lure of the Devil’s cunning cruelty. The story for ‘The Guardians’ came from a real demonic possession case and was told to me by a local priest. The priest agreed to give some details of the case of a young teenage girl whose mother was from his prayer group. Even today he still lives and performs Mass for the ‘possessed’. Most of my original ideas were born from this interview with Fr. H who I knew in my early childhood at the girls’ convent choir.

‘The Guardians’ took on more of a video game story feel at early stages of its development.

The Vatican is the main focal point for the story, set around three Vatican priests who are sent on a mission to help save a world that is about to be taken over by demons from hell. Mankind’s only hope rests in these three priests and a girl by the name of Sita, a strong woman with her own convictions about the catholic church. Although at the time she is tested as a woman with feelings for one of the priests she never doubts the powers that have been invested in him to do good.

Sita supports his beliefs and respects his love which she sees grow with his powers to overcome the evil within his world. She feels it a part in him that is worth supporting to save the world from an ancient evil bred of demons within the bowels of the earth to betray and block his way to the light and truth where he belonged. The gates of hell are now open on earth where demons roam in search of children. This is until Fr. Pont comes along and grants his faith in god. Will it be enough though to save the world?