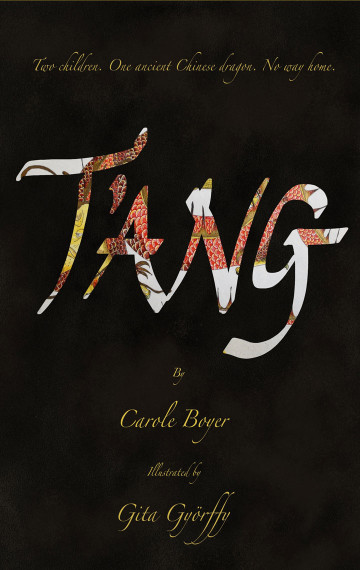 For Zelda and Jack, life is tricky enough as it is. Their mother is in hospital, they are plagued by bullies at school, and living with their father above his antiques shop is worsening their frustration with each other. Things get even more complicated when they discover an ancient Chinese dragon in the basement.
Táng has spent fifteen hundred years trapped on the back of a silk robe. Playing with fire, the children accidentally liberate him. Chinese dragons bring good luck, and Táng is enchanting, but he’s also a handful. He’s forgotten how to fly; he can’t speak the children’s language; he’s unsure of his past, and he doesn’t know how to get home.

The children struggle to keep Táng hidden. Worryingly, school bully Jason Baker and his mates are onto them. Before long the back garden is under infra red surveillance.

The children recruit school-friend Li Mei to interpret. With her help, they loosen the strands of Táng’s memory. He sees a willow tree, a river, a tall tower… He tastes treachery and sacrifice. Long ago Táng served a Chinese Emperor in battle. There was a terrible accident. It gave a cruel magician the power to steal Táng’s freedom. Finally, Táng begins to understand were he came from, but can the children work together to get him home?