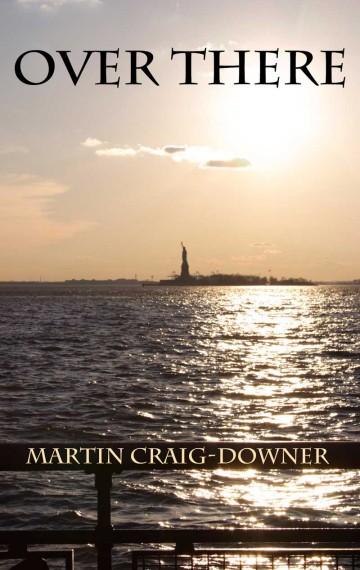 The Second World War – Joe and Louis Monopoli, sons of Italian immigrants, are embedded with the US Army fighting a desperate rearguard action as panzers surge through Belgium in a final German offensive. They survive and, after a hazardous sea voyage, are feted as heroes back in New York.

The family prospers but the boys come under the sway of powerful Mafia boss, Franco Terrasini, criminal offspring of Sicilians. The Monopolis also become intimately bound up with an English family, the Moons. Over There traces the interweaving pattern between the Monopolis, Terrasini and the Moons until beyond the turn of the century as the story unfolds through the English provinces, London commuter country, Rome, Florida and America’s North West. Angela, daughter of Marcus and Annette Moon marries Olly, Joe Monopoli’s son.

They make their way in Oregon while, back in Florida, Joe gradually succumbs to reckless drinking and gambling. He loses his wife to Alzheimer’s. Brother Louis, also a widower, retires to a care home, where Joe keeps him company. Equilibrium is shattered when semi-retired mobster Franco Terrasini, now a stroke victim, enters the home. He dies one night, apparently of natural causes. Joe succumbs to dementia and Olly and Angela place him in a care home in Oregon. He disgraces himself and is thrown back into their care. As he becomes increasingly incontinent Angela, to her disgust, is obliged to look after him. The enigma of deaths from apparently natural causes is compounded when Joe too dies one night.