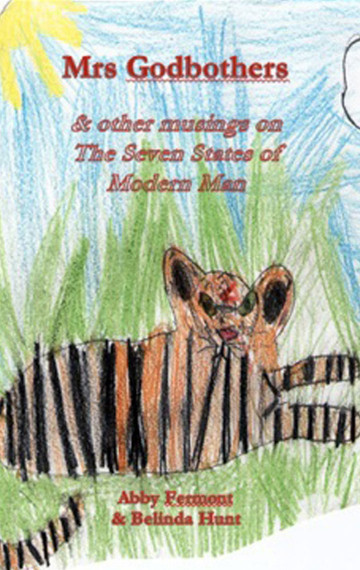 A slim edition of poems reflecting the spiritual catharsis of today accompanied by a selection of short stories.
The collection is based on the Seven States of Modern Man – a modification of Shakespeare’s “Seven Ages” from “As you Like It”. In turns lyrical and wistful, juxtaposed with the harsher realities and bitter ironies of today’s society, they are about someone, no-one, everyone…

Poetry, more than prose, is by its nature personal but this collection is more a universal comment on the sometime hypocrisy of the modern age. ‘Twas ever thus…as well as on the human condition of growing up and growing old and occasionally slaying dragons. In addressing the cynical perspective of the older generation’s take on ‘yuf culcher’ and on society’s flaws as well as recognising the eternal optimism and honesty of the young, we hope to catch the reader’s imagination.