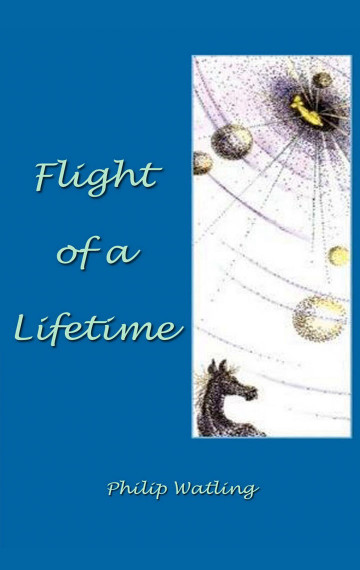 After university Philip Watling got his dream job: working with horses. All was going well for him until December 1994 when his life was to change forever. Crossing the road on the way to work, a car smashed into his legs causing him to fall on the bonnet and dislocate his shoulder. As the car braked he bounced off it, cracking his head against the side of the bus causing a massive head injury and his heart to stop beating… he died… for a few seconds.

Fortunately death wasn’t terminal and since being hit by that car and his subsequent unexpected recovery he has gone through a period of great change and has learned many things; having experiences he did not understand he also saw things mankind maybe should not see. He started writing these things down… What started as an autobiography about life, death and an unexpected resurrection has evolved into a truly inspirational book that will make the reader laugh and cry, often at the same time. Yet, in spite of its theme, it is not a miserable book – he wrote about his death and has even at times managed the not straightforward task of making the whole thing funny!

Flight of a Lifetime may not change the world, but it may make people’s perception of the world change. If enough people read it we may all end up getting along and stop fighting – a book to end all wars? Together we can all change the world and bring peace.