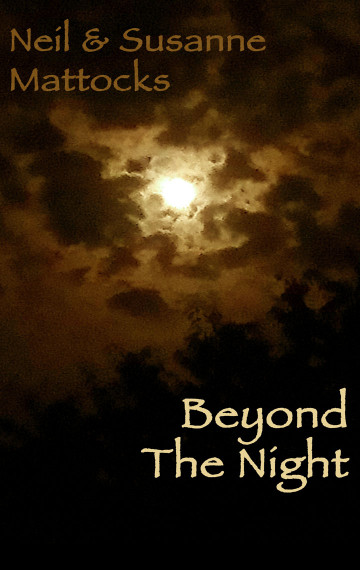 In the words of Ruth Padel, ‘Poems are not only good for you, but they protect against meaninglessness’.

The idea for the poems I have written came to me when I was studying on Brownsea Island in Dorset. Walking one night at dusk, I observed the changes that took place as the sun went down and darkness fell. I could feel how the atmosphere altered simply by the removal of light and I started to think about how the darkness and daylight can affect mood and psychological well-being.

It was the summer of 2013 and the second anniversary of Sue passing away was almost upon me. My own writing had become a catharsis.

I sat in my usual spot under the green gauge trees, the sun bathing the garden leaving soft shadows in its wake.

It was a ”moment” thing. Yes, seize the moment. It was then that I decided I wanted to try and get Sue’s writing published.

It was my editor who suggested that I publish our joint works, as they reflected what we had come to mean to each other in life.

The outcome became Beyond The Night. It was important for me that Sue’s name was on the cover. I know that she will be looking over my shoulder and hopefully approving of what I have done with her work. It was her wish to be published under the name Susanne.

In memory of Susan Rose Mattocks, a constant inspiration to me,
forever in my heart and
always by my side.