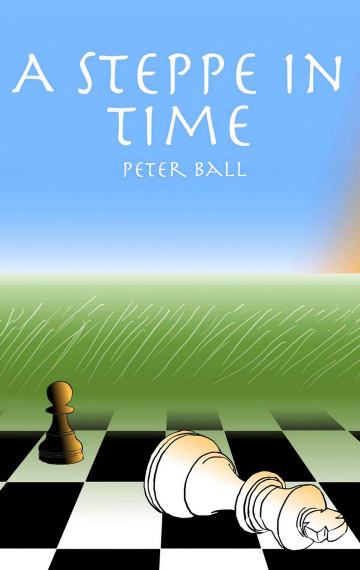 Satirical spy thriller A Steppe in Time, by Dragon in Post author, Peter Ball, follows the powerplay between man and ideas as the unscrupulous Prime Minister, his brother and The President play politics on the Steppes, seeking to control the world’s last natural resource. Enter several ideas of varying shades of decency who, along with Lady Portcullis have alternative thoughts on how exactly all this will play out… A great read for Pythons, Red Dwarfs and Douglas Adams fans in particular. So will the cliches win? And will that be such a bad idea?

The world is full of Ideas, and they are constantly trying to attract our attention. They can be as stubborn and unrealistic as the humans they wish to influence…

The last great natural resource on the planet is about to be stolen by an alliance of devious minds. Sorry, governments. The People that live there have lost contact with their gods and goddesses, and do they even realise what is about to be stolen from them? Will a long lost daughter of that Nation, Just Cause, help them find their way in the modern world as it rudely interrupts what’s left of their ancient customs?

Will the smelliest and most inept forger the world has ever seen find his true identity and be re-united with his mother?

Can Lady Portcullis, a tractor of a woman, bulldoze a platform of diplomacy as opposing sides attempt a cricket match? More importantly, can she find a husband who will survive the passion of her love?

How are all these problems going to be solved?

Enter Henry Hardshoulder, an Idea with a Mission.