You are here: Home / Archives for Jamie Rhodes After graduating from Manchester Metropolitan University with a degree in philosophy in 2008, Jamie trained as a script reader for the Northwest regional screen agency and co-founded a filmmaking collective called Donkey Stone Films.

He has written several short films under commission, and is a full member of the Writers' Guild of Great Britain. He teaches creative writing and screenwriting workshops in schools and community groups throughout the UK. In 2013 his TV Drama script Folic Acid reached the later stages of the BBC Writersroom submissions round, and to date he has had two of his radio play scripts and one feature film script selected for readings by The Script Readers at the Theatre Royal Stratford East.

In 2011 he founded a charity, The Homeless Film Festival, through which he works with homeless people to develop stories and write short films. These films are shot and screened in cinemas nationwide alongside major feature films. Jamie was chair of the charity for three years, stepping down when he moved to London in 2013. In London he worked with students at London College of Communication to launch a screenwriting and filmmaking course at St. Mungo’s Recovery College.

He has been involved with regional committees of the Writers’ Guild of Great Britain since 2010, and is currently active on the committee for the London & South-East branch, helping to organise and speak at literary events.

He is an avid folklore enthusiast and has been a member of the folklore group Northern Earth since 2006. In this time he has collected a large catalogue of intriguing folk tales from all over the world. His writing is often inspired by these rare and unusual stories. In 2014, he received a grant from the Arts Council to write and publish this book. 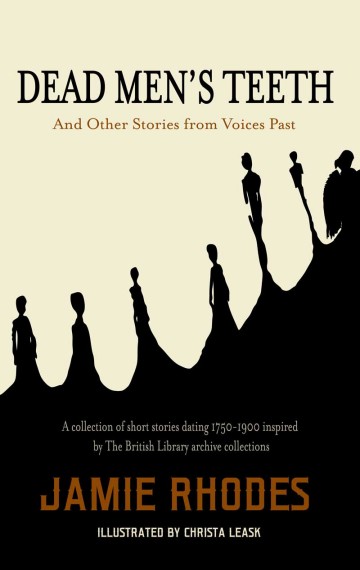